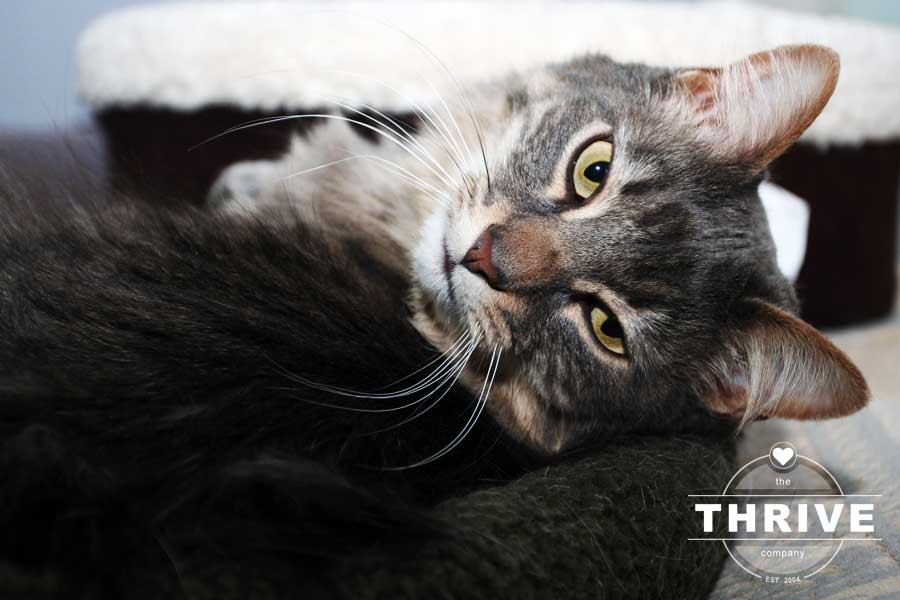 Choose a Litter that You, Your Cat, and the World Can Live With

Cat owners can litter-ally have a positive or negative impact on the environment every time they purchase litter – not just on the world at large, but also on the quality of their own cat’s immediate surroundings. While many people continue to make their cat litter selection based on the best odor control for the least amount of money, buying habits are definitely changing.

Various forms of clay have long been the primary component of most litters – both in non-clumping and clumping varieties. However, clay-based litter sales have experienced a significant and rapid decline over the last few years. They now only account for approximately 30% of all litter purchases (cat Product News International, June 2007).

The sale of environmentally safe litter has followed a substantially different trend during the past few years. According to an October 2007 report entitled “Market Trends: Natural, Organic, and ‘Eco-Friendly’ Pet Products,” natural litter sales have actually experienced a 15% compound annual growth rate from 2002 to 2007. The same report projects that the sale of environmentally safe litter will continue to increase and by 2015 will comprise 40% of the estimated total $1.1 billion in sales in the United States for all eco-friendly cat products.

Why the change in litter buying habits? Initially, cat owners demanded better products (e.g. improved odor control, less “tracking,” less dust) and clay-based litter manufactures worked to fill such needs. However, as cats have become more ingrained as valuable members of the family, cat owners have now begun focusing on safe as well as effective litter choices for their companions. The fact that clay-based litter is a strip-mined, non-renewable resource that isn’t biodegradable and that contributes significantly to landfill problems is therefore a major reason for its decline in popularity.

Once again, the market has responded by providing a variety of new, non-clay-based litter products. In the case of litter, what is now often best for our cats is also often good for the environment.

What types of environmentally safe litters can we as cat owners now choose from? Like their clay-based predecessors, both clumping and non-clumping varieties exist. Some are even in the form of pellets or crystals. Many are completely biodegradable and derived from plants (e.g. cedar, corn, pine, soybean, wheat, and even recycled paper products that were originally made from various tree species). A few are even labeled as organic.

Some natural litters can be incinerated, composted, and/or used as mulch (on non-food plant beds). While some environmentally safe litters are considered “flushable,” many people do not recommend it due to the risk of plugging up the plumbing, as well as the risk of introducing various diseases and parasites to the water supply.

A few environmentally safe litters also have the capability to warn cat owners of potential health problems the animal is experiencing, but that might yet be undetected. Others are “age-specific” and/or for various medical conditions such as post-surgery, for declawed cats, and for cats that are highly susceptible to urinary tract infections. Some natural litters contain “herbal attractants” to encourage their use by finicky cat-box users.

However, we’re not just talking about environmentally safe litters for cats. Many litters that are marketed for cats are also commonly used for various other animals, including ferrets, rabbits, hamsters, birds, etc. Be forewarned though, not all litters are safe for use with other animals. Do your homework before using any litter for a cat that it’s not specifically labeled for.

You should also be very careful if you’re using non-litter products that are similar in nature to actual litters. This would include the use of hardwood stove pellets in place of actual pellet-based wood litters and the use of actual corn feed instead of corn-based litter. While such non-litter products might be cheaper to use, they might have been treated with other compounds that make their use risky. Corn feed (as well as other grain-based feeds) can also harbor dangerous levels of toxins that could prove to be deadly if ingested, even if such ingestion only occurs while cats are grooming themselves.

You should also be aware that, just as there are for regular clay-based litters, there are various concerns associated with using certain types of natural litters. Some people warn that pine and cedar scented litters could irritate cats that suffer from asthma-type problems. Others are concerned that some types of natural clumping litters can be extremely harmful if ingested, often due to their dehydrating and expanding properties. While silica-based “crystal” natural litter can be “harsh on the feet” with its pointy edges, many also caution that such silica products can be toxic if ingested.

As is the case with clay-based litters, not all natural litters can be used in electronic litter boxes. A special scoop might even be needed for certain natural litters. You’ll also quickly discover that even in the world of environmentally safe litters, some are more dust-free, better at controlling odors, track less, clump better, etc than others.

However, what works for one cat, might be detested by another cat in the same household. It will simply be a process of elimination (yes – pun intended!) to find the environmentally safe litter that works best for your cat.

Whatever litter you decide to purchase, make any change to your cat’s litter box by slowly incorporating increasing amounts of the new litter into decreasing amounts of the old style. Keep a close eye on whether your cats are using the box on their “regular” schedule. If they aren’t, proceed slower with the change or consider using a different litter.

Remember, in the case of cat litter, the question isn’t “to pee or not to pee” – it’s about what to pee on! Choose wisely and not only will you and your cat benefit, but so will the environment on a much larger scale.

Listed below are just some of the environmentally safe litters that are now available on the market. We’ve identified a few key features about each of them.

Swheat Scoop litter is made from naturally processed wheat, which means its clay free, chemical free, fragrance free and biodegradable.

All-natural corncob particles clump and trap odor quickly. The lavender fragrance is recognized for its soothing and relaxing effects.

This naturally based formula is great for eliminating odors/scents of kitty urine and waste. Safe for your cat, for you, and for the environment.

Made from 100% all natural Ponderosa Pine, this litter contains no silica particles found in typical clay litters.

The Health & Wellness Resource to Help Your Pet Thrive!

How do dogs "see" with their noses?

The Benefits of Grooming Your Cat